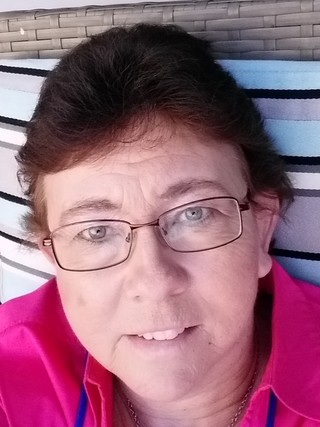 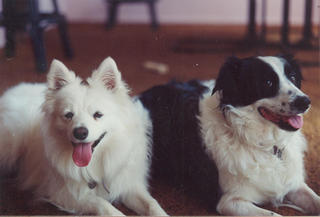 Fable & Dash In memory of these two dogs who've loved me and continue to visit in Spirit from time to time. 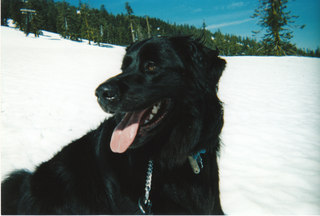 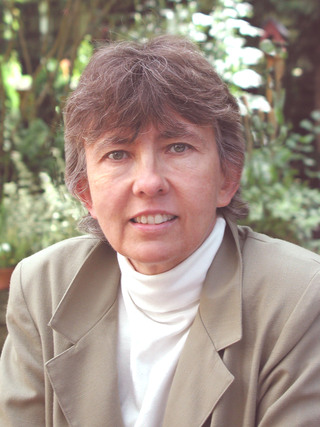 I enjoyed a 20-year career in procurement and purchasing management, continually attempting to carve out some time for writing, yet it was when a merger/restructuring was taking place that I received a well-funded severance package that enabled me to spend focused time reconnecting with my love of writing. In a future ewsletter releases, I'll share the vision that erupted within my mind during a weekly conference with my former director that led me to interrupt him with a question: "Can I just leave?" He'd initially thought I'd meant leave the room, but my intent was much more far reaching.

After leaving I honed my writing, working as a freelance/contract writer. Articles I've written have appeared in national, trade, and regional publications, including Organic Style Magazine, Quality Digest, Northwest Prime Time News, Wellbeing Journal, NAPM Magazine, Purchasing Magazine, and several other regional newspapers - including those near my new home, the Medford Mail Tribune, Ashland's Daily Tidings, among many others.

After Leaving Corporate
By "leaving everything I knew behind," and listening to my soul's call, I allowed a new life story to be written. Daily, I sat on my back deck and wondered about the purposefulness of my life.

Shortly afterwards, I was assigned to interview a woman author/mystic, and "something in that meeting shook my insides." I committed myself to discovering more, and, as a result, other spiritual experiences seemed ever willing to seek me out; new knowledge and understandings wakened within me. My old world, former beliefs, the core of my feelings and perspectives were challenged, shifted, shattered, lifted, released, and reshaped.

In the early 2000's, I organized the Southern Oregon Book & Author Fair which promoted local Oregon authors for several years. I've also enjoyed a career as an SEO website copywriter for an e-commerce retailer of ergonomic office and school products, and as a part-time community college instructor teaching credit courses in Technical Report Writing, and Editing and Proofreading). Providing information that informs, intrigues, and satisfies readers is all important!

The more I have allowed for, the more I've grown. "When you resist life, you keep the old structures in place that say 'magic can't happen' and you stop the flow." I've learned that lesson any number of times the hard way and believe I've come out on the other side!

India
Another momentous event occured courtesy of the contacts and questionings my friendship with this mystic had prompted: I accepted an opportunity to travel to India. Here, it seemed Ma Ganga (as the Ganges River is called) whispered and nudged me to walk along the river's bank and allow this holy river's spirit to flow within. Such singular moments shifted the tide's of my life and inspired the writing of Moonlight.

Basking in the 'Moonlight'
Would you like to know more about the writing of my first book? Here's an excerpt from a press interview:

"How often have you done something believing you know all the what’s and how’s and why’s and made your plans only to realize there was something bigger calling for your attention?

"I hadn’t planned on writing a book about India. I hadn’t even intended to travel to India. That country seemed to my mind a land of confusing gods and legends, immense overcrowding, and intense toil, poverty, heat, and exotic diseases. Yet, an opportunity arose to perform work setting up an ashram that had been gifted to an American/woman/non-Hindu – certainly an unusual and controversial trilogy – to help further her work of uniting all religions “as One.” It seemed a work of great vision. Less idealistically, I hoped to sell articles about it, and also planned to “get quiet” and finish in calm surroundings a biography I’d been endeavoring to complete for years. This would be a working trip.

"Saying 'yes,' however, unleashed new forces into my life and, preceding the trip, the phrase 'Leave everything you knew behind' echoed within my mind night and day. Somehow that phrase cleansed the debris of fears and judgments about India from my psyche; arriving in that country where nothing looked at all familiar, I felt completely comfortable.

"Life, however, seemed very different. I began seeing similarities rather than differences, sensed the fragility of the human spirit, the impact of every encounter, and the import of each moment. Daily something called me away from group activities, but at first I didn’t know what tugged me to leave or woke me with a notion that I’d be walking that day. The call seemed always to lead along the revered and sacred Ganges River that is known by any of a hundred names, including Ma Ganga and The Elixir of Life. I soon realized it was the Ganga that was calling me, guiding me, and if I chose to follow her I must trust that whoever and whatever I met while sitting or walking along her was meant for some greater purpose than I might otherwise have interpreted. I view a greater depth and breadth to life with each meeting, whether it be a boy with elephantiasis, a sacred cow, a leper, monkeys, or other such meetings.

"Though I kept a copious journal, I didn’t realize there was a book to be written until one day when a man asked me why I was writing. For the first time that day I stated, “ It is a book about this sacred river and about the holiness of the earth and its people…and how we can all experience that.” Where had that thought come from?

"Inspiration nudged again. On one of our last mornings in Rishikesh, several of us gathered on the Ganga’s banks to offer a pre-dawn prayer. The luminous moon hung low, spreading jewels of flickering light over the swift-running Ganga waters. I’d gazed up at that lunar splendor and told a friend standing nearby, “I have the title of my next book – Full Moon on the Ganga.” In that instant, the book was born.

"The essence of the book, however, desired a new name, and, when I accidentally wrote Moonlight on the Ganga in my journal several times, I understood that Ma Ganga was continuing to guide and carry me forward, forever nurturing the landscape of my life." - Reprinted with permission of NW Prime Time News from an article by Claire Krulikowski entitled Writing Moonlight on the Ganga; April 2001)